On a growing table in the Mt. Cuba Center greenhouse sits a set of plants not normally found in Mt. Cuba’s nearby gardens. A closer look at the nursery tags reveal that they are a mixture of wild lupine, New Jersey tea, wild pink, whitemouth dayflower and poison oak, all plants native to the inland coastal regions of southern Delaware.

Mt. Cuba Center is growing the plants as part of a Department of Natural Resources and Environmental Control (DNREC) initiative to restore an all but lost habitat called the ancient inland dune forest. DNREC’s mission is to restore this endangered ecosystem to its original condition in order to reclaim an important part of the state’s environmental heritage, ensuring a more diverse Delaware landscape for the future, and provide a home for several rare species of plants and animals. Mt. Cuba Center is helping with plant propagation, growing the seedlings that will be installed at a restoration site in western Sussex County, to recreate this unique habitat.

Inland dune forests grow on ancient sand dunes located on the southern and eastern shores of the Nanticoke River. Glaciers formed the dunes over 30,000 years ago, around the time when Native Americans were just beginning to appear in North America. The climate in southern Delaware was cooler and dryer than it is today, and over time, plants that thrived in lower temperatures and nutrient-poor sandy soil began to grow on the dunes, attracting a unique diversity of wildlife.

A healthy Inland dune forest has sandy soil underfoot, with grassy ridges and small plants growing in sunny spaces created by the open forest canopy. These sunspots are integral to the habitat because the plants that live on the forest floor thrive in sunlit areas. “One of the rare native plants that lives in the ancient inland dune forests is the wild lupine, a member of the pea family,” explains State Botanist William McAvoy. “Like other plants in this habitat, it grows well in the sandy soil and requires a sunny forest floor to survive.”

As humans began developing the land in the 18th century, one of Delaware’s native trees, the Virginia pine, began overpopulating inland dunes, competing with other deciduous trees and shading out the smaller plants found on the forest floor. Virginia pines are aggressive colonizers, meaning they readily move into disturbed land and take over, out-competing less hardy plants.

Loggers harvesting the pine, a common building material, destroyed the land with their trucks and heavy equipment, further disrupting the habitat’s delicate balance. More recently, off-road vehicles and growing deer populations all but decimated the inland dune forest, including its rare plant and animals.

In DNREC’s 2005 Delaware Wildlife Action Plan, inland dune forests were identified as a “habitat of conservation concern,” a designation that earmarked the land for restoration. While the primary goal was to conserve the rare frosted elfin butterfly and two rare moths, the restoration efforts also serve to protect and expand populations of many rare plant species found in the habitat.

DNREC received federal grant money to fund the restoration in 2010, and got right to work. Agency botanists first found a small four-acre patch of degraded inland dune habitat in the Nanticoke River Wildlife Area. Next, they identified tree species unlikely to belong to the original habitat, and thinned them out to open up the forest canopy and create the sunny spots on the ground that smaller indigenous plants would need. Volunteers were then recruited to plant seedlings throughout the sunny clearings. Some of the plants came from nearby areas, while others were grown from seeds collected by Mr. McAvoy. 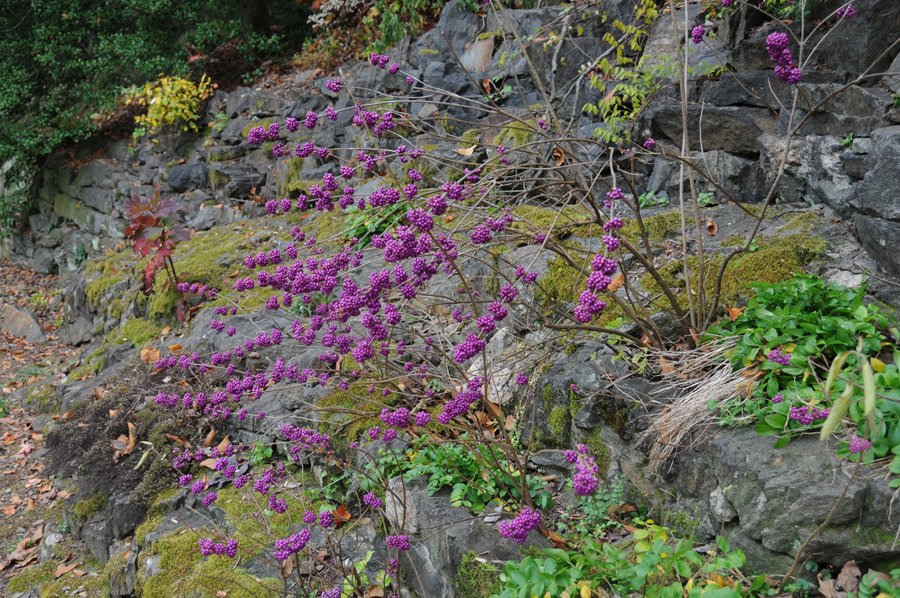 For Placement Only, Please Replace

Recreating a lost land in the Greenhouse

“Mt. Cuba Center is thrilled to partner with DNREC to conserve some of Delaware’s rare and endangered species,” says Assistant Greenhouse Manager Shelby French, who notes that because the plants were grown for DNREC, the project is a little out of the ordinary for Mt. Cuba’s staff. However, she says, “knowing that the plants will help restore the habitat to its original state made the effort worth it for everyone. Projects like these are integral to Mt. Cuba Center’s mission to support the conservation of native habitats. We are honored to be a part of such an exciting initiative.”

Propagation starts by carefully separating McAvoy’s seeds from the rest of the plant and soaking them overnight in hot water. The seeds are then planted in special plastic containers that allow for easy transplanting without disturbing fragile roots. Young plants are cared for until they are ready to be installed in the developing habitat.

“If we restore the habitat, more species will move in to take advantage of the food and shelter they find there,”

As they settle in to their new forest home at the restoration site, these plants provide food and shelter for the habitat’s unique species. For example, “the frosted elfin butterfly depends on the wild lupine,” says McAvoy. “The caterpillar feeds on the lupine’s leaves, and the butterfly sips its nectar while pollinating the plant.”

DNREC will begin to monitor the wildlife populations once the final plants are in the ground. This spring, McAvoy and his staff will sweep the forest floor with nets once a month to catch and count any frosted elfins who have arrived, and in late August they’ll conduct nocturnal surveys to document the presence of the rare moths that they hope will return to the habitat.

“If we restore the habitat, more species will move in to take advantage of the food and shelter they find there,” McAvoy says, explaining that the increase in numbers of the rare insects will indicate that the entire habitat is getting healthier. As the number of insects increases, more birds and other animals that prey on them will appear, eventually creating a biodiverse, balanced food chain. The hope is that animals like the endangered Delmarva fox squirrel, the hognose snake, and the toads, and birds who do well in sandy, grassy ridge habitats will continue to follow the rare insects into the area, preserving another ecosystem jewel in Delaware’s natural heritage.

For McAvoy, preserving habitat is part of the community’s collective responsibility. “These areas are just as important to preserve as our historical buildings,” he explains. “By restoring and preserving them, we are preserving entire ecosystems specific to Delaware, in which all forms of life, both plant and animal, are special.”