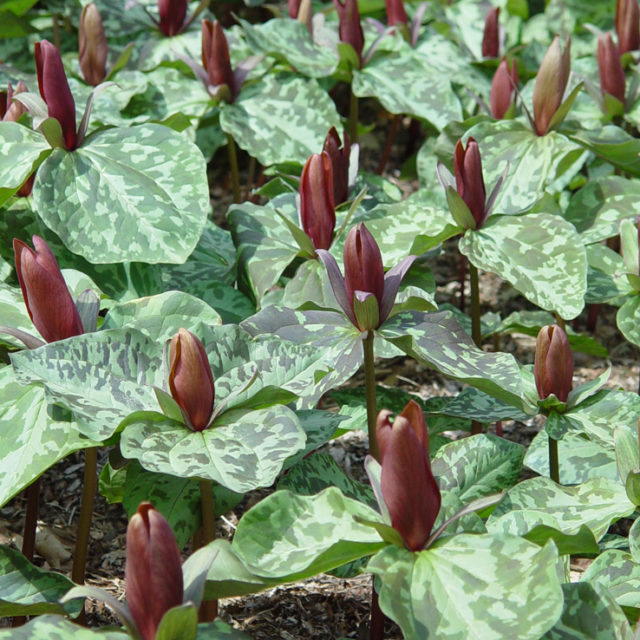 Among North American wildflowers, few are as beloved and culturally relevant as Trillium. A new report led by the ABQ BioPark, NatureServe, and Mt. Cuba Center analyzed risk factors to these plants and found that 32 percent of all North American Trillium species or varieties are threatened with extinction. Found throughout the eastern United States and Canada as well as the Pacific Northwest, these long-lived plants are among the first flowers to bloom in spring, and their distinctive, three-petaled flowers are revered for their beauty by botanists, gardeners, and hikers alike.

The report, “The Conservation Status of Trillium in North America,” presents the analysis of 53 plant taxa using two different methodologies. Authors found that habitat loss, overpopulation of white-tailed deer, and habitat disturbance caused by feral pigs are the primary threats to North American Trillium. Many of the imperiled species identified in this analysis are vulnerable to excessive harvest due to their very limited geographic ranges. They also look similar to more common species used in horticultural and herbal medicines. Several species of invasive plants that substantially alter native habitats were also identified as major threats to Trillium species. Conservation of these plants may have important implications for the management of natural areas and trade in herbal medicines.

“New research into the genetics, distribution, and even the scent of these flowers is identifying more diversity than was previously thought to exist,” said Clayton Meredith, lead author of the report. “As this research develops, it is crucial to apply these new findings to inform conservation projects so conservationists know what needs our attention and how we can protect it.”

The report is the culmination of a partnership between ABQ BioPark; Mt. Cuba Center, home to an extensive accredited collection of Trillium and ongoing research programs dedicated to conservation of the genus; NatureServe, whose conservation ranks were updated during the assessment process; and the International Union for the Conservation of Nature’s Medicinal Plant Specialist Group. Major funding for the project was provided by the New Mexico BioPark Society. These results will be used as a foundation for the planning of conservation actions intended to ensure the survival of these charismatic plants well into the future.