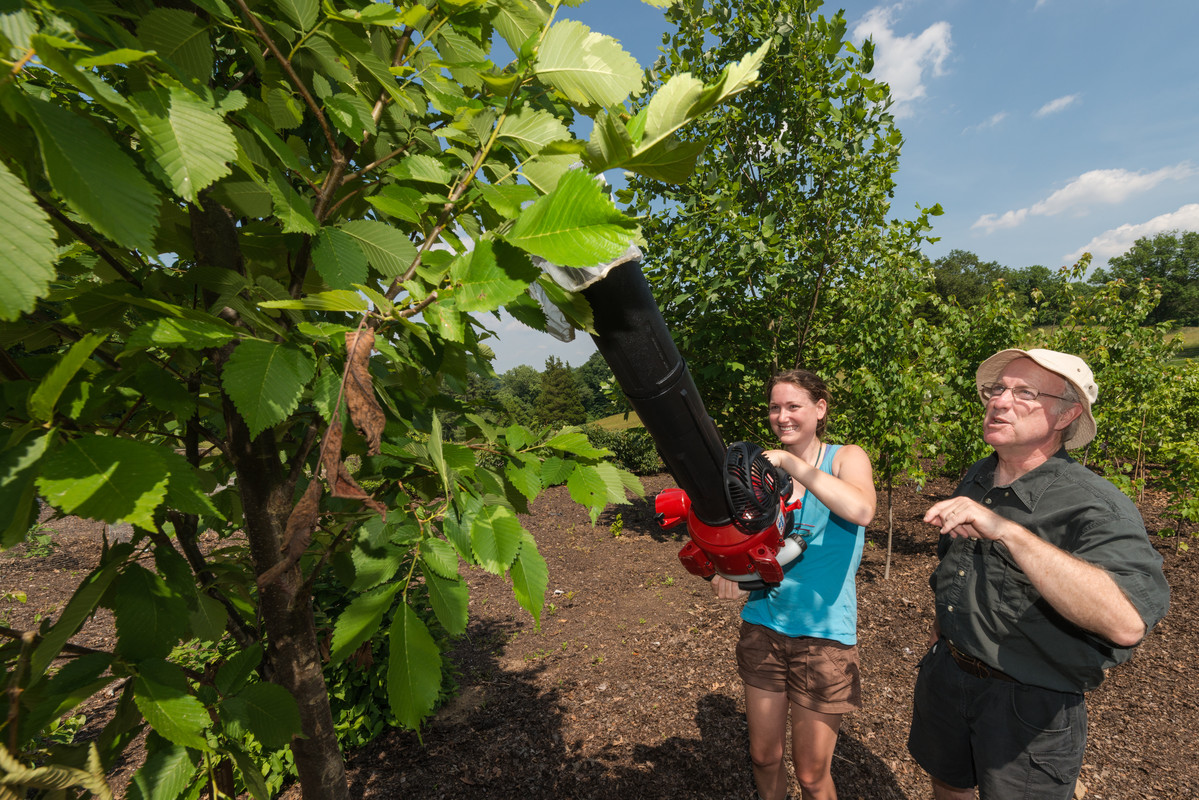 Researchers Emily Baisden (left) and Doug Tallamy use a leaf blower to vacuum insects off the branches of woody plants to evaluate the ability of native plant cultivars to support insect herbivory.

Researchers at Mt. Cuba Center and the University of Delaware found that many cultivars of native plants are just as attractive a food source for leaf-eating insects as their wild counterparts, according to a recent study published in HortTechnology. The horticulture industry has introduced numerous native plant cultivars, raising the question of cultivars’ ability to support wildlife. This research is the first of its kind exploring the connection between native plants, their cultivars, and the leaf-eating insects which form the foundation of the food web.

Native plants turn gardens and habitats into a hub of wildlife activity by feeding the insect populations that in turn sustain the food web. Consistent results across this study suggest that leaf-eating insects consume native plant cultivars at a similar rate to their wild counterparts, except for plants that have been selected or bred to produce red or purple leaves. Darker foliage has more anthocyanins, a pigment that darkens foliage and makes it distasteful, discouraging feeding. Among other studied characteristics—enhanced fruiting, fall color, leaf variegation, disease resistance, and altered growth habit—there was no observable decrease in insect foraging, and in some cases the cultivars were more attractive than the wild types.

Researchers led by Doug Tallamy, professor of entomology and wildlife ecology at the University of Delaware, used a variety of trials to determine the feeding preferences of leaf-eating insects.

“This study fits into the whole gamut of studies that we’re doing in my lab for the past 12 years. We’re trying to move beyond the notion that plants are just decorations,” Tallamy said. “A lot of cultivars change the habit of a plant—you take a tall, leggy plant and make it shorter for use in a small landscape—and that doesn’t seem to have any effect at all on herbivory.” 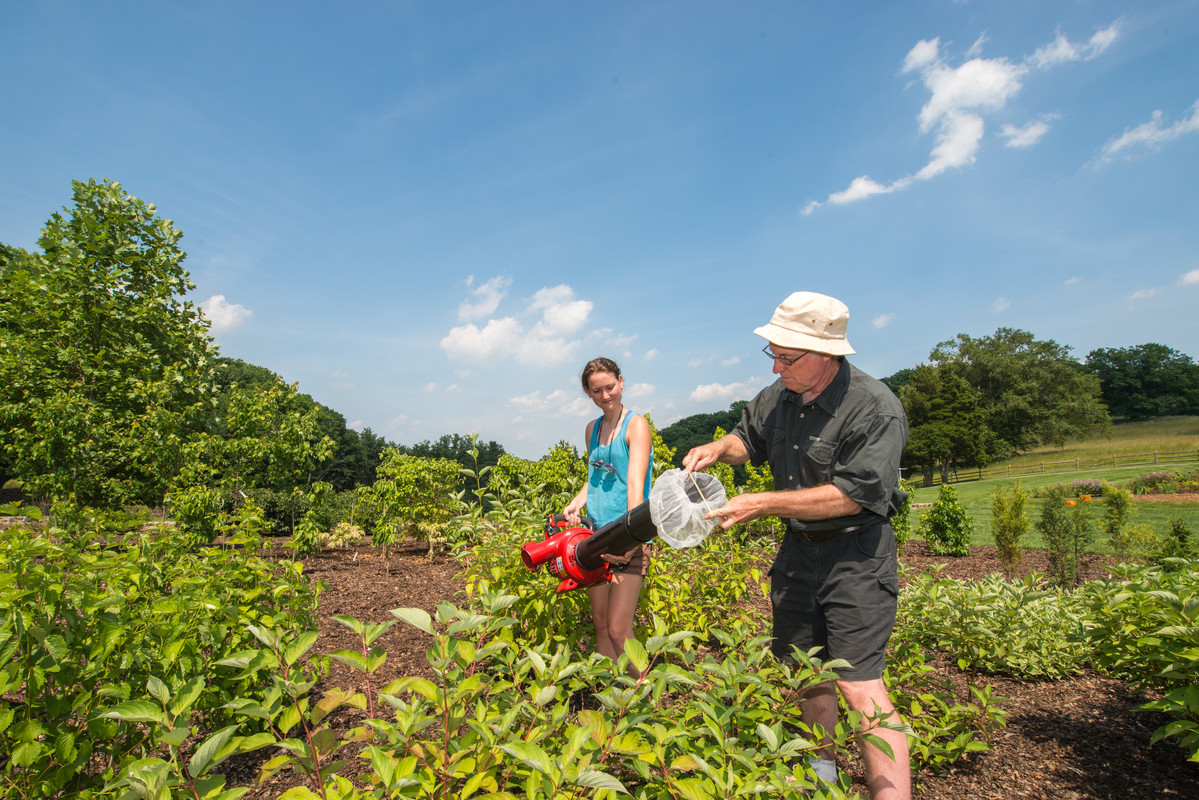 Researchers Emily Baisden (left) and Doug Tallamy used paint strainer bags and a leaf blower to vacuum insects from the foliage of native plants and their cultivars.

Gardening for wildlife like butterflies, birds, and bees requires plants that can support juvenile stages of insects, not just the nectar-sipping adults. As gardening for pollinators and wildlife gains popularity, ecologically conscious consumers have questioned the role of native plant cultivars in the landscaped garden. This research shows that many traits commonly selected for cultivation do not deter insect herbivory.

Additional research on the relationship between native plant cultivars and pollination is currently underway at Mt. Cuba Center.