Have you ever heard of Cunila origanoides, commonly known as American dittany? It is a widespread native plant of rocky open woodlands from eastern Oklahoma up to southern New York state. Although rare in Delaware, it can be found just across state lines in Pennsylvania. 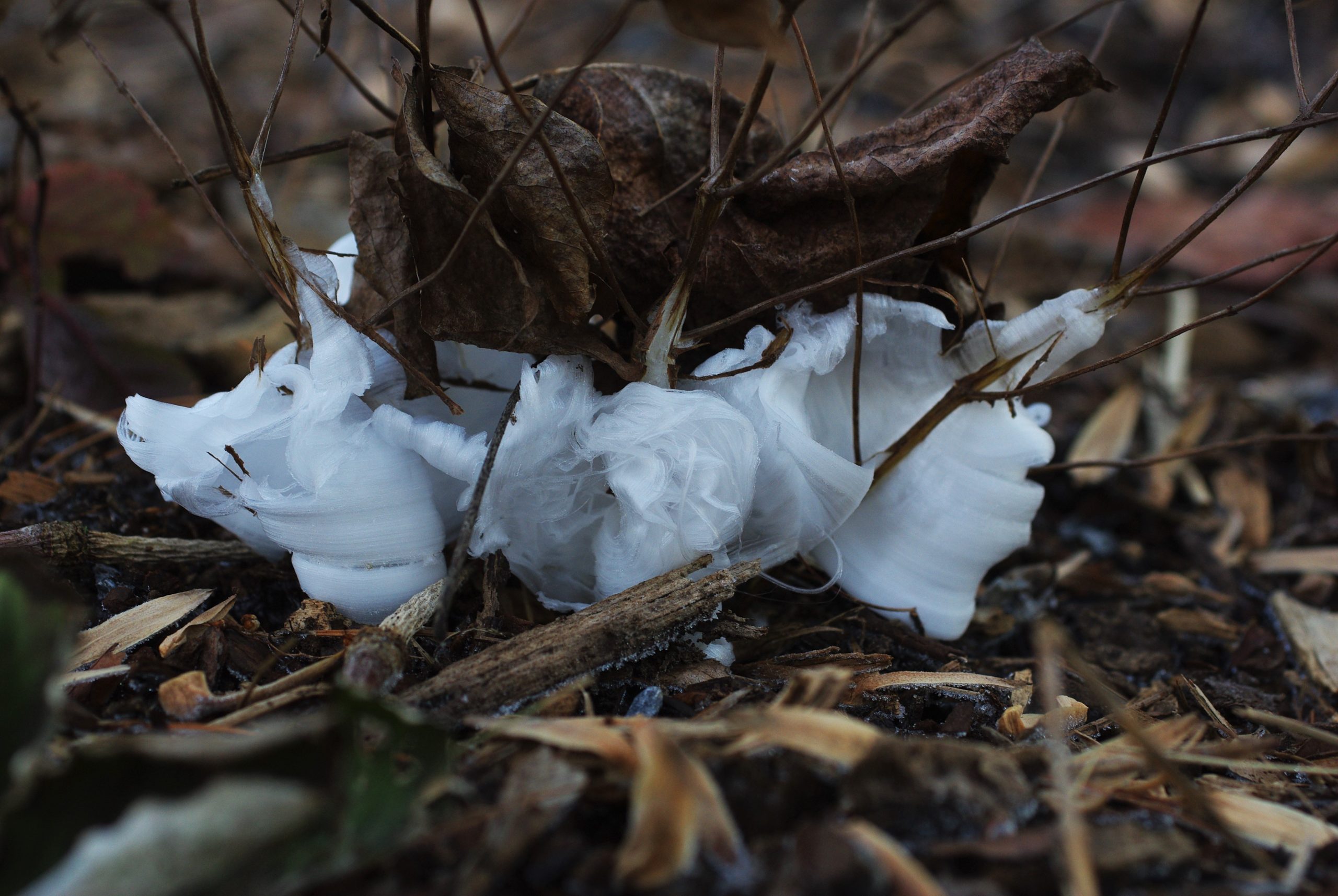 Many years ago, I helped with an oak-hickory savanna restoration project where Cunila origanoides was commonly found growing on the steep rock-strewn slopes of a dry overgrown woodland. After a morning of continued work thinning out the invading Juniperus virginiana trees with a chainsaw, I often would end the day with a hike through the woods to a nearby river. On one of these hikes, I found myself kneeling on the forest floor admiring this diminutive plant through the lens of my camera. It grows less than 15” tall with many small lavender flowers born at the leaf axils, and typically blooms from July to September. Being part of the mint family and with a botanical specific epithet like ‘origanoides’, it was not surprising that not only did it look like oregano, but it also had a strong herbal scent, which to me was like oregano. 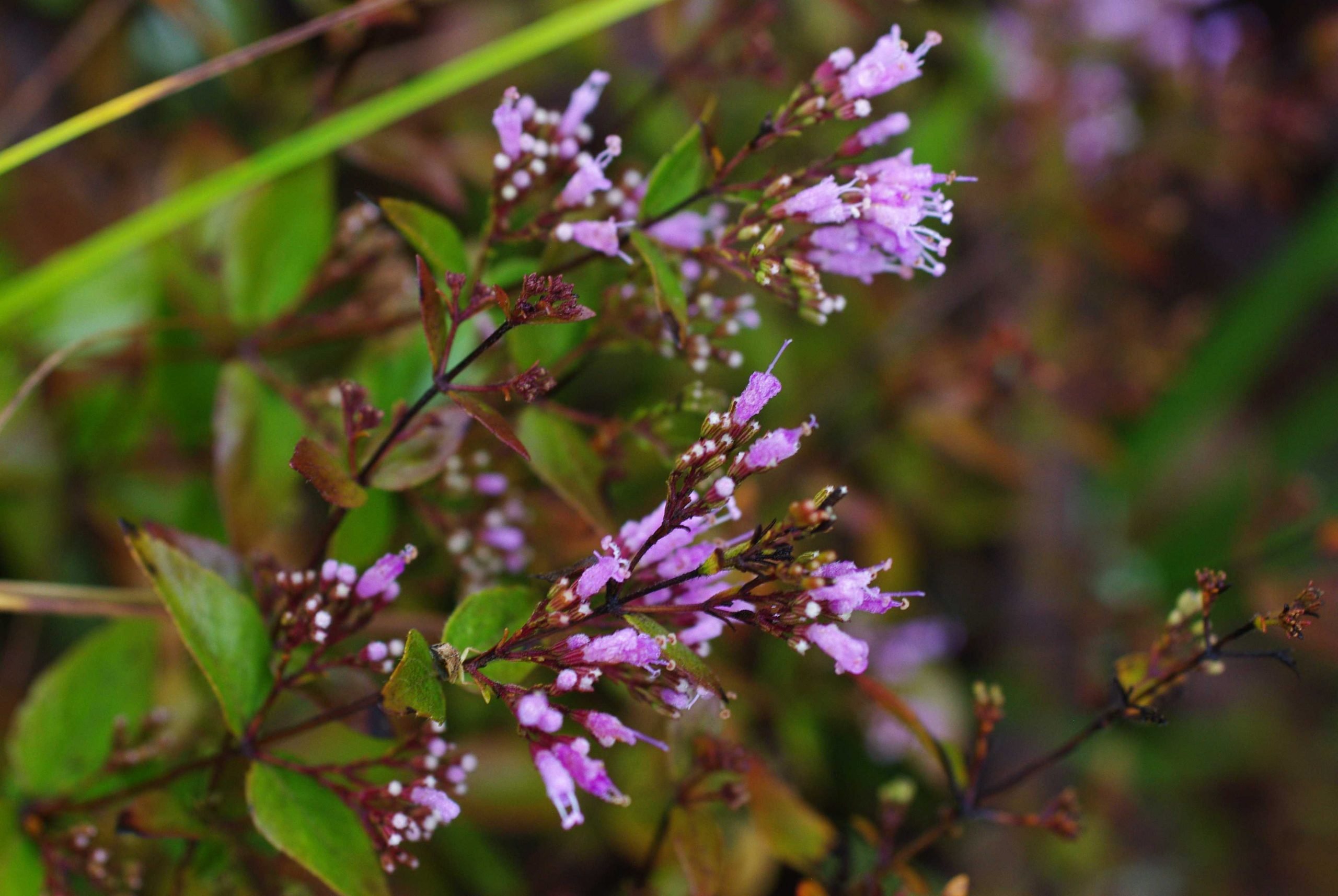 Later in my wildflower adventures, while reading through a very worn wildflower guidebook, I discovered that Cunila origanoides is a plant known for producing frost flowers after the first very hard freeze of the season. Frost flowers occur when the sap from plants such as Cunila origanoides suddenly freezes and the stem of the plant ruptures. When this happens, the escaping sap often forms intricate icy ribbons as it is exposed to freezing temperatures. These frost flowers are fleeting, usually melting as the sun warms the ground. Early Monday morning before Thanksgiving at Mt. Cuba Center, when the temperatures suddenly fell to 16.5°F and the surface of the ground froze, I hurried out to see if our newly planted Cunila origanoides had produced any frost flowers. Sure enough, they had! The conditions for frost flower formation often occur in late fall or even during the winter depending on how quickly the temperatures drop during the season, and this year it just so happened to be around Thanksgiving. Even more frost flowers appeared again on December 2nd. 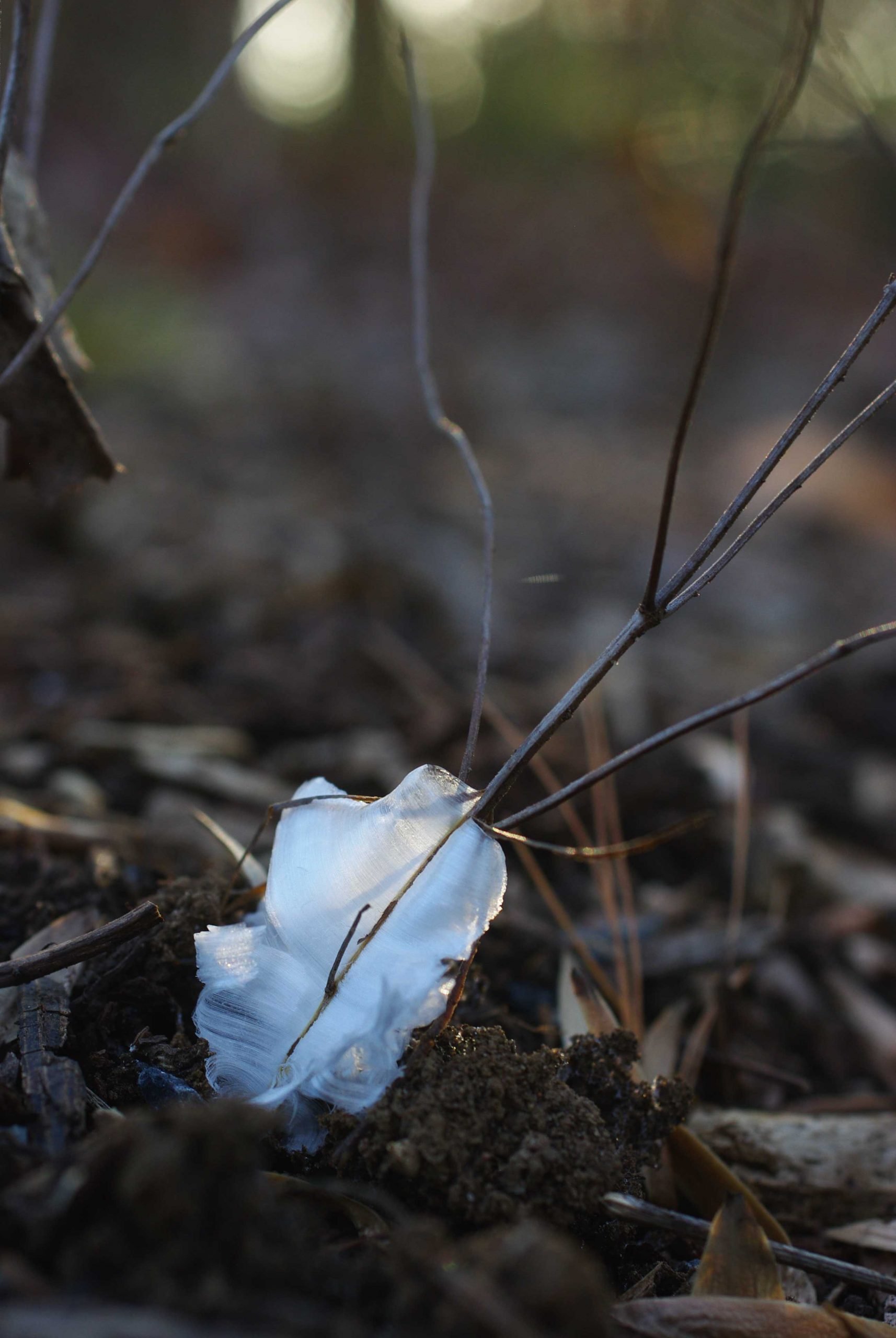 If you are interested in growing this native perennial at home, Cunila origanoides is deer resistant and prefers full sun to part shade. A spot on the edge of an acidic, dry, open woodland garden is perfect for planting Cunila origanoides. From experience, it is easy to grow from seed and plants are readily available from native plant nurseries. If planting from seed, it is best to give the seeds 60 days of cold moist stratification prior to planting to stimulate germination.

After discovering this native perennial with multiple seasons of interest, I have included it in native woodland gardens I create ever since, and maybe you will too.