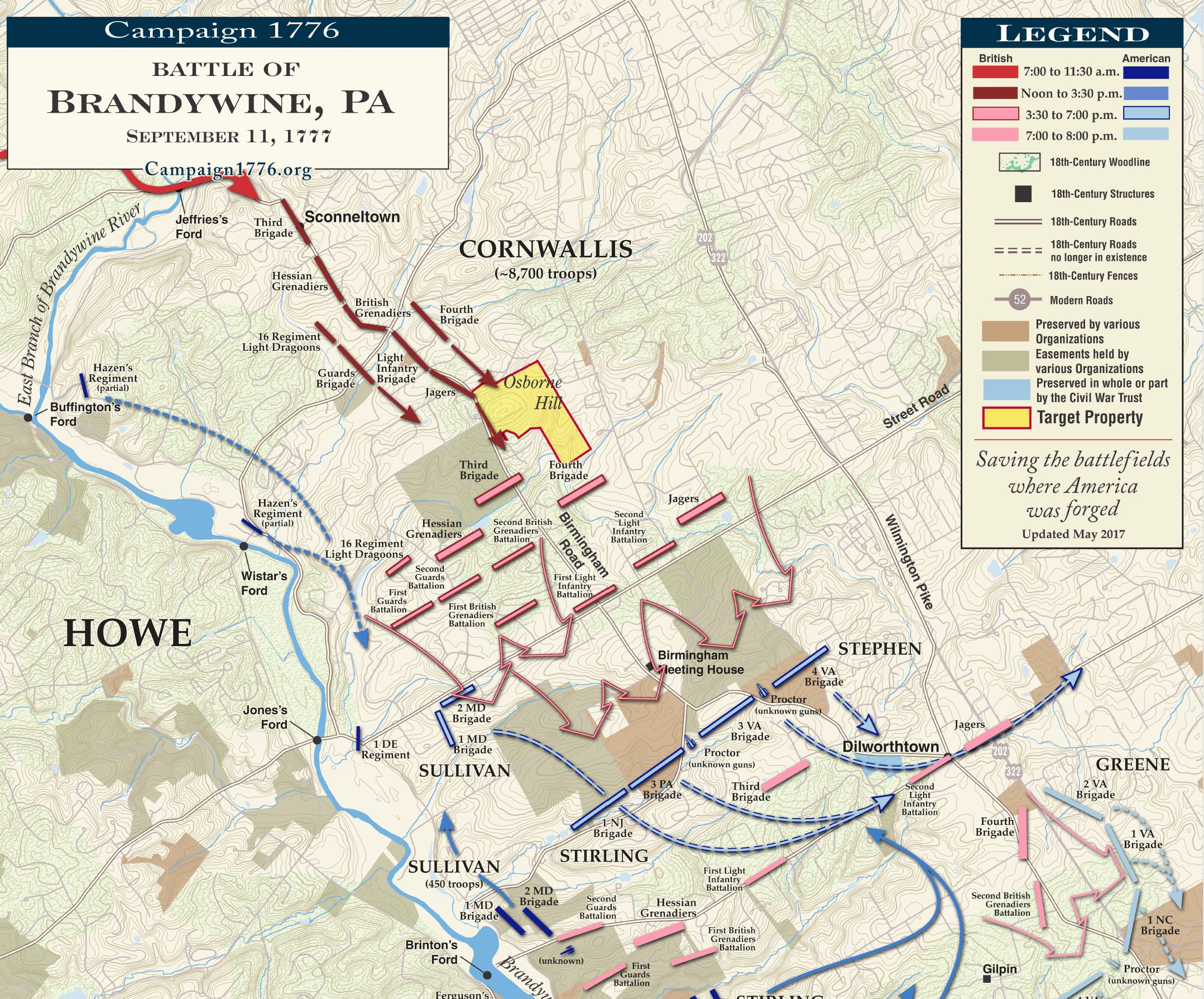 The 88-acre Osborne Hill Farm property in Pennsylvania’s Chester County, an important site in Revolutionary War history, is valuable open space, featuring rolling hills, early 19th century buildings and woodlands. It is the site from which British General William Howe directed the movements of the British Army at the Battle of Brandywine on September 11, 1777. Today, Mt. Cuba Center has joined a team of conservation organizations to assist Natural Lands, a conservation nonprofit, in protecting this site from development.

“It’s hard to imagine such a peaceful, beautiful spot being at the epicenter of the Revolutionary War’s longest and largest battle,” said Natural Lands President Molly Morrison. “Natural Lands is thrilled and honored to have helped ensure this historic property will have a future free of development.”

Osborne Hill Farm was named for Samuel Osborne who purchased the property in 1727. It is located in Birmingham and Westtown Townships, east of Birmingham Road, in Chester County. The conservation easement was made possible with a $1.3 million grant from the American Battlefield Protection Program’s Battlefield Land Acquisition Grants, which are funded through the Land and Water Conservation Fund and administered by the National Park Service. Other contributors include the American Battlefield Trust members, Chester County’s Preservation Partnership Program, the Commonwealth of Pennsylvania’s Department of Community and Economic Development with funds from the Marcellus Legacy Fund, the Virginia Cretella Mars Foundation, Mt. Cuba Center, and a donation from the landowner.

“It is wonderful news that the Osborne Hill-Moore property, part of the historic Brandywine Battlefield landscape, will now be preserved forever,” said Ann Rose, President of Mt. Cuba Center. “Mt. Cuba Center is appreciative of the work that Natural Lands has done to bring together a variety of partners to secure this important conservation achievement.”