Native to the eastern United States, eastern bluebirds are a culturally and ecologically important species that can be found year-round at Mt. Cuba Center. These birds are an important part of the ecosystem, consuming insects and serving as food for larger birds of prey. The striking blue-feathered birds are a symbol of prosperity, hope, and new beginnings in many indigenous and contemporary American cultures. 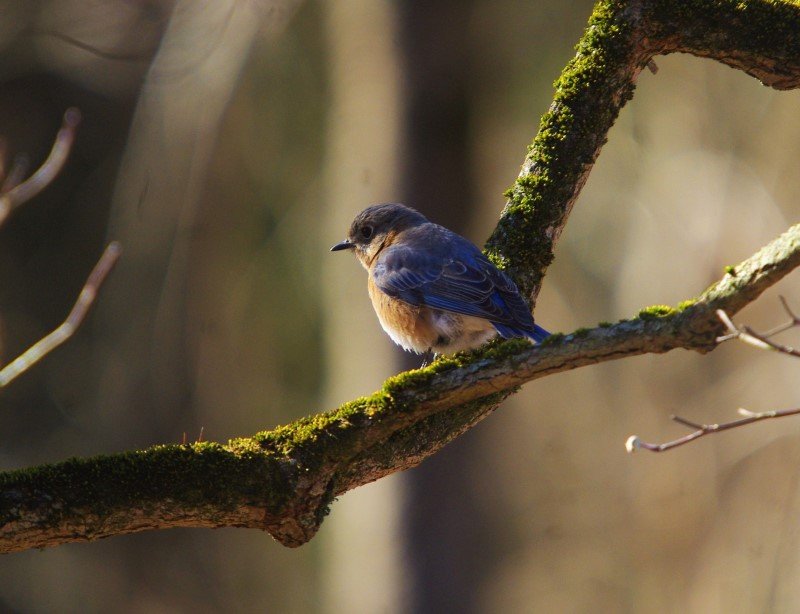 Now a commonly occurring bird, eastern bluebirds were nearly driven to extinction in the mid-20th century. During that time, habitat loss and competition from non-native, aggressive birds such as the European starling and house sparrow for nesting sites drove dramatic population declines. Despite bleak prospects, citizens across the nation came together to install bluebird nest boxes and protect bluebird habitat, leading to the bird’s recovery in the late 20th century. Inspired by this story of conservation success, MCC installed bluebird nest boxes in the natural lands in the early 2000s.

Since 2012, Mt. Cuba has monitored the nest boxes to collect data to determine their effectiveness in supporting bluebird reproduction. This report examines data collected between 2015 and 2020. Read on for a summary of the report or access the full report at the bottom of the page.

While collecting data from the nest boxes, tree swallows, house wrens, and Carolina chickadees were also observed using the boxes. Though these birds are all native to Delaware, Mt. Cuba is specifically interested in supporting bluebirds. To determine how to reduce competition for the boxes, Mt. Cuba partnered with the University of Delaware (UD) in 2014. Using data previously collected from the nest boxes at Mt. Cuba, Christine Rega-Brodsky, a UD graduate student, performed a statistical analysis to determine what factors influence bluebird nest box selection. The analysis revealed that:

Bluebirds faced most of their competition for nest box space from tree swallows, therefore, this assessment focused on bluebirds and tree swallows. The graph below shows how fledglings* per nest box changed between 2015 and 2020 for each species.

*Fledgling: A young bird that has just left the nest. 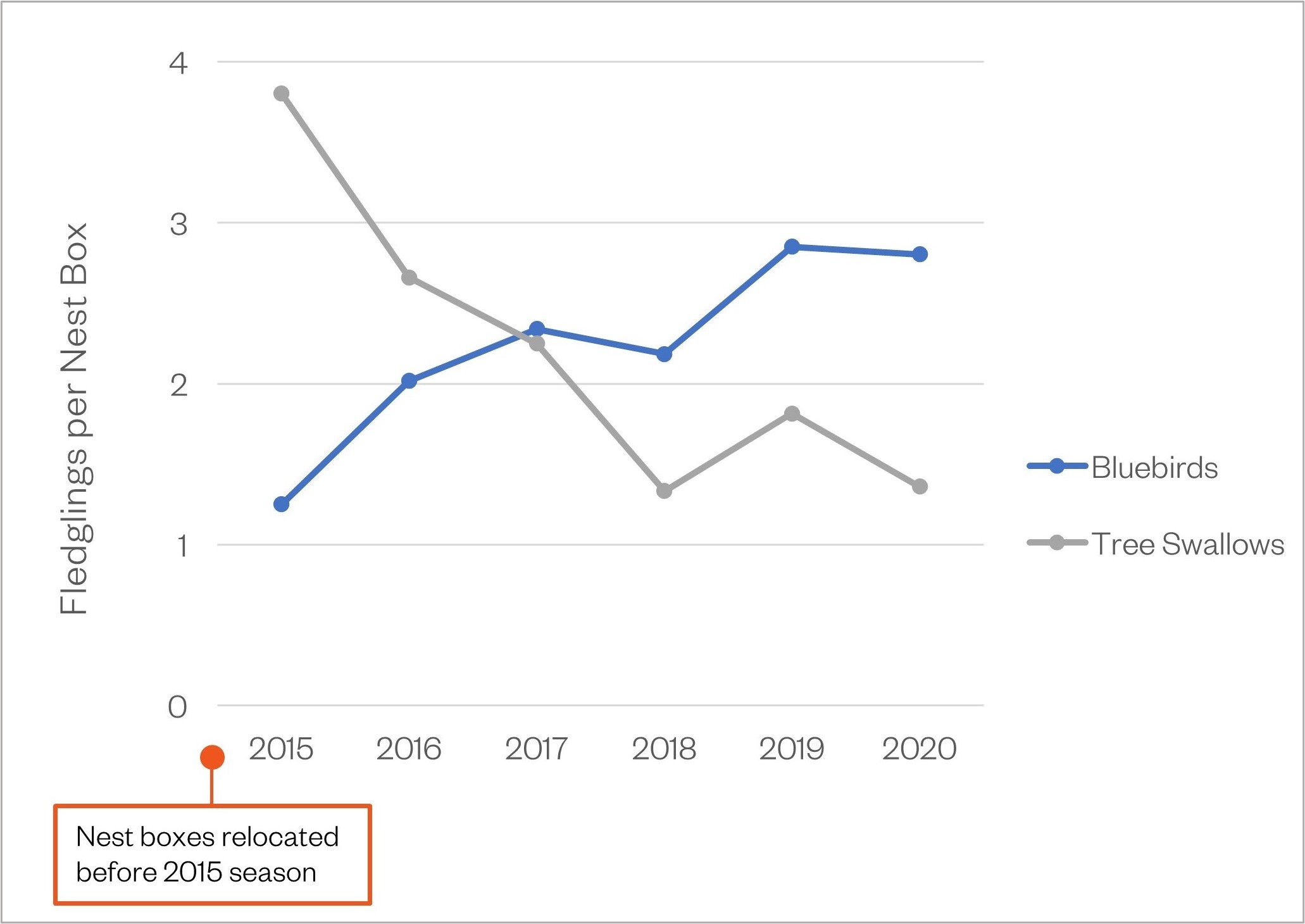 Two clear trends emerge from the graph. Following nest box relocation in 2015, bluebird fledglings per nest box increased while tree swallow fledglings per nest box decreased. This does not necessarily mean that the local bluebird population is increasing while the tree swallow population is decreasing. Rather, it provides evidence that Mt. Cuba successfully placed boxes in locations that are more attractive to bluebirds than tree swallows and other species. 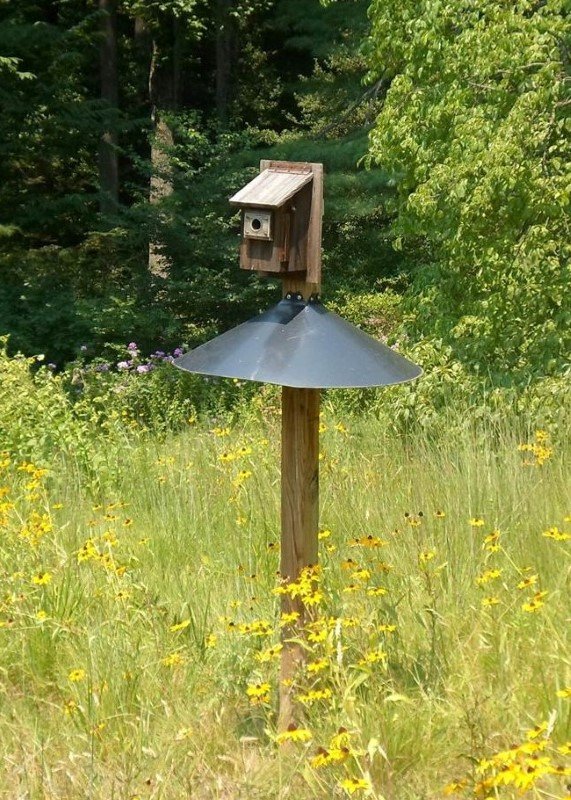 If you have a yard with open space, you can attract eastern bluebirds by installing a nest box in a good location. Box placement is very important and will determine what kind of birds you bring to your yard. Based on the UD study and our data analysis, Mt. Cuba recommends the following to support bluebirds:

Curious about what bluebirds eat? Check out this video shot from the top of bluebird nest boxes to find out.

Click through the pages below to read the full report on the Eastern Bluebird Nest Box Study.